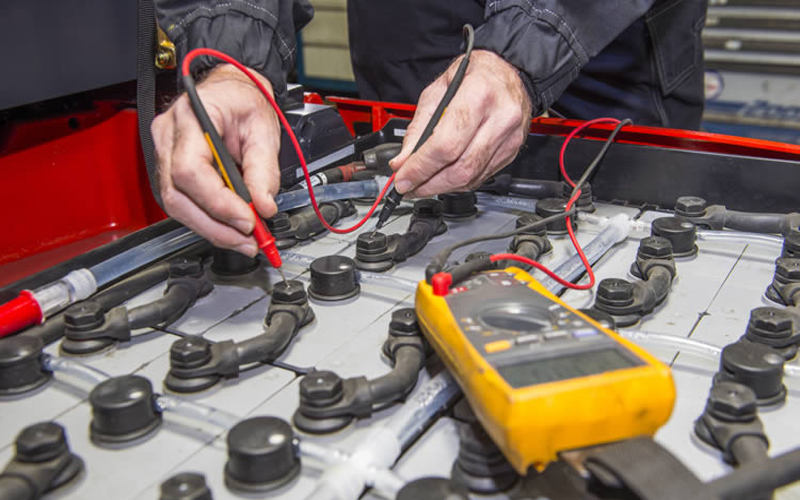 Float voltage measurements on a cell or monobloc level are measured to ensure correct charging. Any cell that has a significant deviation of the float voltage from the mean of the string may indicate defects but will not provide any indication of the battery capacity or the remaining life.

Measuring the float current, the ambient temperature, and the battery temperature can help prevent a possible thermal leak in order to avoid a consequent risk of plant safety. The float current may increase if one of the elements goes into a short circuit or will decrease due to the sulphation of the cells, as the batteries age as they approach the end of their life cycle but it is not a sensitive indicator for the state of charge of the battery but will indicate information for the state of health of the same.

The test to define the exact capacity that is still able to maintain the battery is through the complete discharge of the same that determines its battery performance compared to the data provided by the manufacturer, generally in terms of capacity measured in Ah. That requires external load banks. During the test, the battery must be disconnect from the load. In these situations, the system is unable to back up the mains disconnections. The consequent is a discomfort for the effectiveness of the system.

The type of discharge test that follows this method with a discharge depth > 90% (DoD) provides a reliable measurement of battery performance. Usually this type of test is suitable for laboratories and not to be carried out in the field.

An alternative to the full discharge test is to perform a partial discharge using the system load. This technique usually disconnects the primary power supply from the loads, moving all the system load to the battery. Battery performance is generally assessed "during discharge" since the depth of discharge is often too different to allow comparison with the performance data published by the manufacturer.

You can estimate partial discharge residual capacity by extrapolation. The disconnection voltage is supplied by the manufacturer while not providing absolute precision.